Not going to be exactly chronological for these last few posts, as we’re zig-zagging around a bit and we’re taking less photos too, as we spent time in Vienna and Innsbruck as well but I couldn’t find any blog-worthy photos. Instead I’ll focus on Salzburg.

END_OF_DOCUMENT_TOKEN_TO_BE_REPLACED

Lots of photos in this one but I’ll just touch on a few highlights.

END_OF_DOCUMENT_TOKEN_TO_BE_REPLACED

Belgium was definitely one of our favourite places so far. We passed through Antwerp, spent a day in Brugge (if you are Dutch, or Bruges if you are French) and one in Ieper (Ypres), overnighted in Brussels and spent the rest of the time in Gent.

END_OF_DOCUMENT_TOKEN_TO_BE_REPLACED

Amsterdam was interesting in that it wasn’t a place that I was particularly fussed about going to in the first place, and we hit it after about a month of driving through England, Scotland and Ireland. While we really enjoy the driving parts it was quite tiring over such a period of time, particularly as we tended to stay in each place for less nights and moved about more. This was also just after our car disaster and all the associated hassle, and we knew we were about to hit a few solid weeks of beer and food through Belgium and Germany. So Amsterdam became a bit of a rest and recharge and we didn’t hit too many tourist scenes.

So for a change here are some photos not of tourist attractions, but that we felt captured some of Amsterdam’s essence… boats, bikes, blue and orange.

END_OF_DOCUMENT_TOKEN_TO_BE_REPLACED

Apparently blue and green should never be seen without a colour in between, but I quite liked the blue and green of the Aer Lingus air hostess outfits. Made me think of rolling green hills and the deep blue sea. Pretty appropriate for Ireland.

END_OF_DOCUMENT_TOKEN_TO_BE_REPLACED

Scotland was really enjoyable and somewhere we’d consider visiting again. I couldn’t think of a better song than Scotland the Brave to represent what we saw of the country. The scenery, the highlands in particular, was spectacular.

END_OF_DOCUMENT_TOKEN_TO_BE_REPLACED

Have been enjoying the freedom of being able to drive around at our own pace, particularly as we have both been unwell.
END_OF_DOCUMENT_TOKEN_TO_BE_REPLACED

I am going to arbitrarily split England into ‘south’ and ‘north’ posts just to keep the length down. We caught the train from London to Plymouth, wanting to get a fair way down before picking up the hire car we would be taking all the way through England and Scotland. We covered a fair bit of ground, being quite comfortable doing long days of driving around. Again, Simon thoroughly enjoyed driving on the narrow roads lined on both sides with drystone walls. I was much less comfortable, but sometimes my stomach insisted on me driving.

But the scenery is amazing, particularly the fields. They remind me of a patchwork quilt with the drystone walls forming the stitching between the squares of fabric in varying shades of green and occasionally a bright yellow flowering square.

We drove right around the coast, visiting both Lizard Point (most southerly point of mainland England) and Land’s End (most westerly) – paying something like AUD$4.50 to park for 15 minutes in a paddock to stop for a photo at the former, and arriving out-of-hours of the resident photographer at the latter – and thank goodness for that, at the price of AUD$15 for one photo at the Land’s End sign. Fortunately the sign gets left up after hours, but when you see a ridiculous scam like that it tends to leave a bitter taste in your mouth. Why not make it a little more reasonable for what it is?

We also walked over to tidal island St Michael’s Mount but unfortunately the arrived just after the castle closed, so had to amuse ourselves with photos of the buildings from the cobbled causeway.

A big highlight of driving around is the names of all the places we pass. This one was a definite favourite of ours:

Up next was Stonehenge, Woodhenge and Avebury. This was also the day we discovered our leaky tyre that had to get changed, a first for both of us in a hire car, and of course, on a public holiday Monday so we had to wait until the following day to get it sorted, but that’s another story. Stonehenge was well set up as you would expect, and I found myself saying (as I have done practically every day) how glad I was that we were here now and not a month later in peak season. At AUD$12 each it was no wonder that they are in the process of building a million-dollar ‘interpretive centre’ at Stonehenge. We took out English Heritage membership which we did worry if we would get our money’s worth (for a joint membership it was around AUD$150) but we were at break-even in Scotland and still had Ireland to go.

Stonehenge is exactly as you see in the pictures, but you don’t really get a sense of scale from a picture alone. I imagined that the stone circle would be much larger in diameter than what it actually was, but it is still an amazing sight and if you were able to walk right up and stand underneath the stones it would be atmospheric and intimidating. These days you are kept at a safe distance to ensure you don’t chip off a souvenir.

I have a book at home that suggests going to Avebury and skipping Stonehenge (the premise of the book is going to lesser known equivalent locations and events) but in this case, I’d have to disagree and suggest that going to both is a must. Avebury would have been a stone circle of massive diameter as it now encircles part of a village, but is not as intact and the stones are smaller. However, the novelty of being able to walk up to the stones and having to cross over three roads and through different paddocks full of sheep is one you will not get at Stonehenge.

And Woodhenge is not as exciting as the Stonehenge audio guide makes it out to be. Rather than the wooden equivalent of stonehenge, all that remains are ankle-height concrete markers of where the wooden pillars once stood.

Typical London weather? If you believed the tales of only a handful of days of sunshine a year, they must have all occurred consecutively while we were in London – perfect sunny weather, although admittedly it was on the chilly side.

During our chunnel ride we cooked up the hair-brained idea to take photos of all of the places on the Monopoly board. Turns out we aren’t the first to think of this and you can even get maps on the internet to help you out. There is even a Monopoly pub crawl where only the strongest of stomachs can make it to all 26 locations having a pint at each. Without going too far out of our way we saw most of them, and took photos at a lot of them.

We stayed in a rather funky apartment and it was nice to have the extra space of a lounge room… and our own washer/dryer so we could do laundry at our leisure. Which happened to be our last night at about midnight, but we had the option of doing it earlier, we just didn’t. I even managed to read two books in my spare time at night, probably another reason why the laundry was delayed.

So aside from collecting Monopoly properties and seeing the sights, we also checked out the West End and saw the Lion King which was a compromise for Simon – the last few times I have dragged him unwillingly to the theatre have been to see Chicago and Wicked both of which he was not impressed by. At the risk of sounding like a theatre snob, much like Broadway the atmosphere is more touristy than I’d like, but given the most fancy clothes we have are the same clothes we wear all day it probably was a good thing really.

Speaking of the sights, here’s a sample:

We didn’t go into Westminster Abbey because there was no way we were paying in the order of AUD$30 each to go into a church for a gander.

I had to wait ages to take this next photo. One chap was determined to get up onto the lion, so determined that after a number of failed attempts he took off his shoes and socks, presumably for more grip, and he still couldn’t get up. At this point we got sick of waiting so we went around to another lion and Simon simply jumped up, appearing to the onlooker as if this was the simplest thing in the world.

To my dismay, the Queen wasn’t in residence when we visited her – sounds like she has the work roster we all want, Mondays and Fridays off. To make up for it, the spring bulbs had all opened the week prior so that our photos were pretty snazzy even with the momentary cloudy sky.

Hidden underneath the rumble of the traffic I eventually worked out the one noise I couldn’t place – a marching drum. Following the noise we found these fellows practicing their marching formations under the watchful eye of two instructors…

…possibly to eventually become one of these fellows?

One unexpected discovery was the Australian War Memorial in Hyde Park. We were there two days after ANZAC day, so all of the wreaths were still in good condition. The panels of the memorial consist of the 23844 towns that the Australian service people were born in, superimposed with the locations of a number of the battles throughout the two world wars. It did take a little while (and a few trips back and forth) but we found our town in the picture below.

We were surprised at how much we enjoyed London, no doubt in part due to the fact that we hardly noticed the 8 million odd residents, let alone other tourists – London felt relaxed and spacious with beautiful gardens and plenty to see and do… not at all like the dense grey urban mess I was expecting. I think the other big difference between London and many of the European cities we have been to is the attitude of the residents – the English are polite, happy to wait, give way to others and definitely don’t push in. It’s surprising how little things like this can influence your impression of a city (or even an entire country) and its inhabitants. 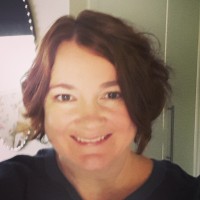 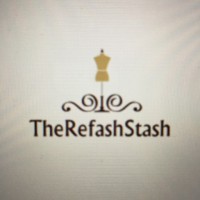 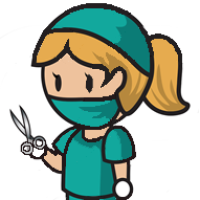 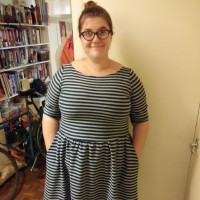 Bimble and Pimble
Stuff Jo Has Made

My Journey To A Plastic Free Life

All we have to do is decide what we do with the time that's given to us.

Sewing up a self-made wardrobe

A Sewing Blog for Everyone

--Think Outside the Stitch--

Refashions Beyond My Wildest Seams

A refashion and sewing blog

A Plus Size Sewing Community